Take a look at the Apprentice of the Year finalists

The NASC continues to recognise the efforts and achievements of the next generation of scaffolding industry employees through its Apprentice of the Year category.

The NASC was delighted to receive eight entries for the 2019 Awards, including the first submission from a non-technical apprentice; Stephanie Betts of TRAD Scaffolding Co Ltd.

Stephanie is part-way through a five-year Management Trainee programme to become a Contracts Manager.

Described by TRAD Scaffolding Co Ltd as an all-rounder, Stephanie has shown she is able to work well under pressure and meet deadlines, is well organised and capable of prioritising and juggling several tasks at once when required.

Edward Oldridge joined High Peak Scaffolding Ltd as a scaffolding apprentice after realising that the college course he was enrolled on wasn’t right for him. He has natural ability and understanding of the role and its requirements but it is his calm, understated and committed approach to work and his outstanding work ethic that sets him apart.

Jordon Watkins, of Allied Scaffolding Ltd, comes from a family of scaffolders. He demonstrated his commitment to work through meeting Allied’s yard-to-site progression requirement of turning up on time, working hard throughout the day and maintaining 100% attendance despite a commute of one hour and 40 minutes that involved a tram, train and bus before walking the last mile.

Jordon is described as having the potential of becoming an excellent scaffolder and an asset to the company.

According to Turner Access Ltd, Mark Bannon stands out because of his friendly nature and his overall attitude to work. He takes pride in his work and has an exceptional attitude to working safely, not only for his own benefit but for those working around him.

He works productively, helping to meet client deadlines. He also works well with clients and very easily creates good working relationships with everyone onsite, from his own colleagues and other trades, to site management. 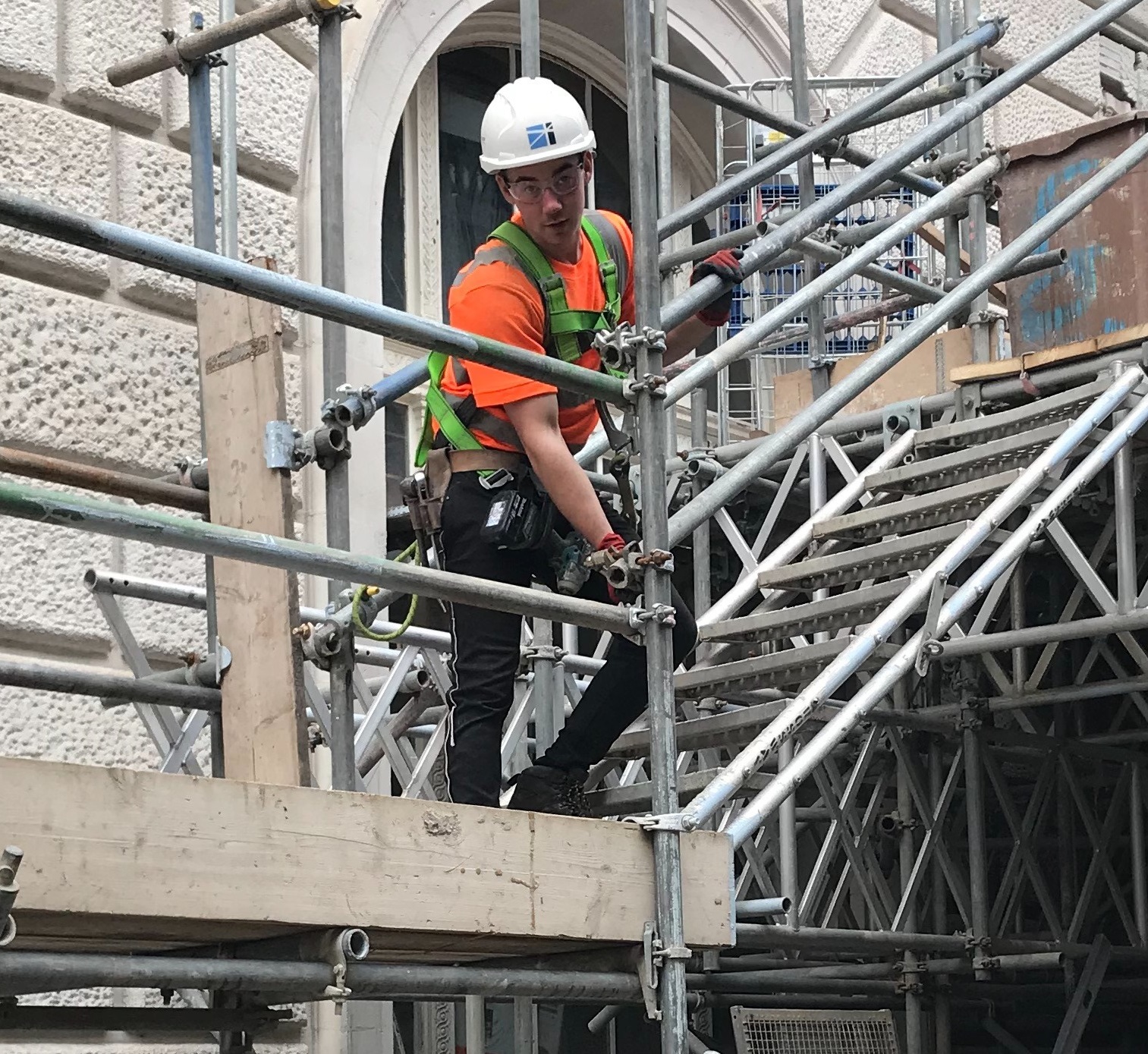 Jordan Walsh, of Crossway Scaffolding (Elland) Limited, has a fantastic attitude to work, something that came in a short period of time. When he joined Crossway he was described as quiet and uncooperative but is now seen as engaged, respectful to his peers and keen to learn the scaffolding trade.

Jordan now has a passion to learn more and is a key team member who is willing to go that extra mile for himself and his colleagues, regularly offering to work overtime, nights and weekends when the need arises.

Connect Scaffolding Ltd entered Joshua Britton and Josh Fox for the Apprentice of the Year category. Joshua joined Connect in February 2019 after leaving the Armed Forces.

The Connect team has been really impressed with his willingness to learn, attitude to work and receptiveness to take on board any advice given. He is a fast learner and takes care to listen and learn from more advanced scaffolders in the team.

His Supervisors have all commented that his attitude and positivity towards work, make him a pleasure to work with.

Josh Fox is always extremely helpful and will always offer to stay outside of normal working hours and even give up his weekends to make sure that jobs are complete on time for the customers programme.

He also regularly puts himself forward to take any new trainees under his wing to put them at ease on site and show them the ropes. It is clear for all to see that Josh enjoys passing down the knowledge he has picked up so far and always makes sure that the quality of work done never falls below his own very high standards.

In the time since Ross Holdstock joined ASC Edinburgh Limited, he has shown a keen interest in progressing his career within the scaffolding industry.  Along with obtaining his CISRS Scaffolder qualification he has gained his Tufcoat Scaffolding Shrink-Wrap Sheeting Certificate and his HAKI Roof Certificate.

He is reliable and trustworthy and demonstrates his gratitude for being put through training courses by being loyal, motivated and keen to learn new skills.

You can hear a number of young professionals talk about their journey into the scaffolding industry and why others might want to follow suit.