A young man who saw no future for himself has been given an opportunity to get his life back on track thanks to Form Access Ltd and the NASC Kickstart Scheme gateway.

Brian Murray has been appointed by the Kirkliston-based scaffolding contractor through the Government’s Kickstart scheme, which provides funding for people who are long-term unemployed to undertake a six-month work placement.

The 18-year-old, who is settling in to his role as Yard Labourer, said: “The last couple of years have been really difficult. I didn’t get on that well at school or college and when the temporary factory jobs dried up, I ended up signing on for universal credit.

“I really didn’t see much of a future for myself. But now thanks to Form Access Ltd and the Kickstart Scheme I’ve got a chance to be settled, learn a trade and get myself to a financially stable place.

“I’ve really enjoyed my time here so far. I’ve just been keeping everything tidy and in order. I’m looking forwards to keeping my head down and working hard.

“I’ve now got something to work towards.” 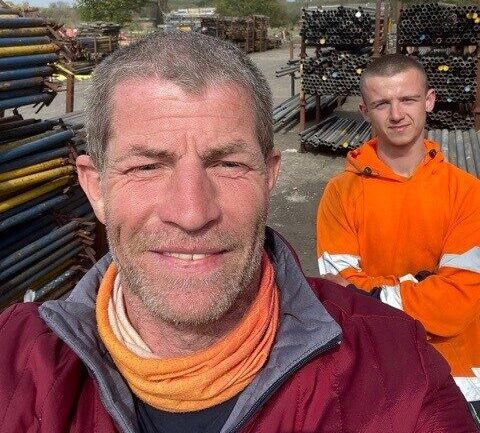 Scott Lawrie, Director of Form Access, which is in the process of applying for a second Kickstart placement, said: “On one level the Kickstart Scheme is a way for businesses to gain 25 hours of free labour per week. From the moment I met Brian I saw it was so much more than that.

“I saw that Brian had a somewhat troubled past and that we can help him. It was clear that he wanted to grasp the opportunity that was available to him and am delighted with how he’s applying himself already.

“I’ve been so impressed with his work ethic that I’ve said if he carries on the way he’s started I’ll happily supplement the wage he’s getting through the scheme to provide him with a full-time position and pay him the going rate of a full-time working yardsman.

“It’s early days but we’re keeping a close eye on him and are delighted to have him with us.”

There are a wide variety of roles open to jobseekers of all ages and abilities.